Why You Should Watch Game of Thrones

The first episode of the final season of “Game of Thrones” was watched by 17.4 million viewers, and according to the piracy analytics company Muso, the episode was pirated 54 million times within 24 hours; that’s a lot of people. Yet there are still many people who have never seen an episode of this 38 award-winning show. Many people have excuses about why they don’t want to watch the show, such as the frequency of sex scenes, brutal deaths, and other gross concepts. However, I wish to help people realize that there is more to the show than these uncomfortable and taboo themes and that the show deserves to be watched. 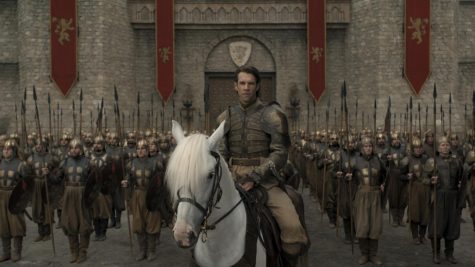 Many people who stopped watching during the first season complain that the characters are at best one-dimensional. This is true at first, they do seem extremely cliche; you have the handsome and skilled knight, the heartless, evil woman, the naive princess, and so on and so forth. However, every character seems human because of their actions and decisions. While at first, these characters seem very cliche, they grow and change and you get attached to them.

Other people say that they don’t want to watch the show because they get attached to characters and fear that they might die. This is due to one of the most well-known dynamics of the show, that they’re constantly killing off characters.

In most shows, you pick one character and start to root for them but it’s not really as simple as that. Once you start watching you develop an affection for several main characters, both the good and the bad. The series does not follow only one group of people but instead, travels all over the world watching many different factions which all play differing yet significant roles. The main point is that the deaths in the series do not take away from the show in any way. In fact, they create room for many possibilities.

For some, once you start watching, the thrill of knowing that your character might die makes the story much more interesting. In most stories, certain characters are considered to be immune to death since they are involved in various plots and are considered essential to the story. By adding this element it raises the stakes and creates much more suspense and, quite ironically, causes people to care more about these characters. 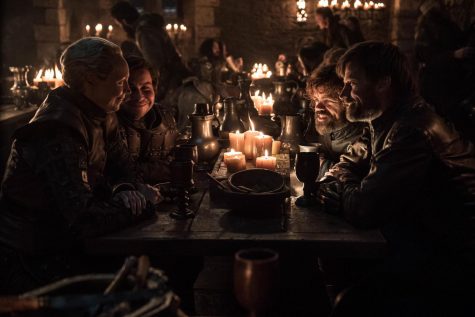 A lot of people can’t stand watching violence, gore, and other mature content in shows and movies. If you watch the first episode of Game of Thrones and you’re not expecting all three of these then you’re in for a wild ride. In the first episode, there’s some pretty gross stuff. It starts off with a man being executed and ends with a kid stumbling in on a brother and sister having sexual relations just to end up being pushed out a window. And those are not the only gross things that happen in the first episode.

Season 1 is full of sex scenes and a lot of them are overly long and unnecessary. But George RR Martin, the author of The Game of Thrones, had a reason for putting so many sex scenes into his books and consequently the show. This reason was to show that the Medieval Times, although it is thought to have been a time of sexual repression, the truth is that it was much more complicated. Also in a lot of these sex scenes, there are small hints and important conversations going on between characters. If you don’t mind sitting uncomfortably for a minute than the rest of the show is completely fine.

For Gore and violence, it’s perfectly understandable for people to dislike the show, but in a similar way with the sex scenes, there is a purpose. It’s there to show that it was not a fun time to be a soldier or a warrior. It’s also to show that men are capable of horrible things that shouldn’t happen but do. In the medieval times, many peasants died because of quarrels between the upper classes, and it is the same thing that you see in history, that you see in Game of Thrones. 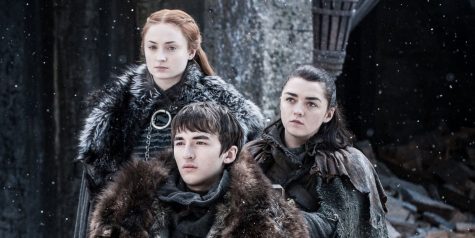 The real reason that so many people like Game of Thrones is that there are more,  “jaw-dropping, heart-wrenching, screen pausing scenes than any other show. Plus there are probably six or seven of those scenes in each season of Game of Thrones”.  It leaves you in a constant state of, “Wow, did that really just happen?” There are many scenes that you would normally think were season finales in the middle of a season. The depth of the characters allows you to truly understand them and feel like you live among them as if these people you see on screen are real.

Although it is a confusing, huge world that George RR Martin has made for Game of Thrones, he has put so much time and effort into the history of the people in the series that you can easily get lost in it. I would highly recommend either reading the books or watching the show, depending on whichever you prefer. Storytelling can inspire and push a person to grow and learn.