That’s right! One of the two most-watched sporting events across the globe is coming back this summer. Although the Olympics were delayed by one year, the format is generally still the same, with some changes here and there for those partaking in the Olympics due to Covid.

In this year’s Summer Olympics, most of the sports will be played. There are new sports and some from the past being integrated this year, which include surfing, sport climbing, karate, baseball, softball, and skateboarding.

When asked about whether or not the Olympics would be more entertaining with these added sports, Mr. Wood responded by saying “I love watching sports like speed skating and handball that I only get a chance to see every four years, and if adding those sports brings more attention to the Olympics, I’m fine with it. I remember when baseball and softball were Olympic sports, so it’s not a stretch for me to imagine them coming back.”

With the delay, the economic impact left a gaping hole for the Olympics organization. The estimated economic damage for postponing them for one year is roughly ¥640.8 billion, which is equivalent to USD 5.685 billion. If you thought that was bad enough, the estimated cost for canceling them is roughly ¥4.5 trillion, which is about USD 41 trillion. Although the Olympics organization has been left with some economic harm, health should always come first.

With postponed events, athletes were left with an extra year to train, which may seem fantastic or even awful. Overall, professional athletes were heartbroken that the events that they were training rigorously for were delayed, but understand that it was necessary to postpone them.

Athletes are in the mindset of the Olympics going forth this summer as they continue to train and prepare. Along with training and preparing, longtime U.S. Olympic and Paralympic Committee, senior sports psychologist Sean McCann says “he’s never seen athletes face this sustained level of stress,” as stated in the NPR article, “The Tokyo Olympics Are On — For Now — As Athletes Train Through The Uncertainty.” He adds how the stress may be related to keeping a steady diet and training over Zoom with coaches.

In anticipation of the sport-filled events, Ipswich High School senior, Ned Donovan, is “very excited for it” he says. “ I like the Olympics and cheering for the USA.  I think that they can vaccinate everyone involved so it should be very safe.”

The Covid effect on the Olympics is that as of now, international spectators are restricted to traveling to Japan for the Tokyo Olympics due to the pandemic according to NBC News. Japanese residents are allowed to attend the venues, yet the capacities for those have yet to be determined. This could change as the International Olympic Committee plans to decide whether spectators are allowed in June.

Athletes will be tested daily and will need two negative tests to enter Japan. They’re also faced with more restrictions, like being unable to take public transportation, visit any restaurants, and will only be allowed to leave their rooms when moving between the facilities and their hotel room.

When asked whether or not international fans should be in attendance for the Olympics, Mr. Wood states, “That should be left up to the host country (Japan) and the International Olympic Committee. I worry about people prioritizing profits over public health. If it’s deemed safer to have only domestic fans or none at all, then so be it.” On the other hand, Ned Donovan added “I think they should be able to find a way to get international fans in the games safely. Less than normal years and they should be vaccinated.” 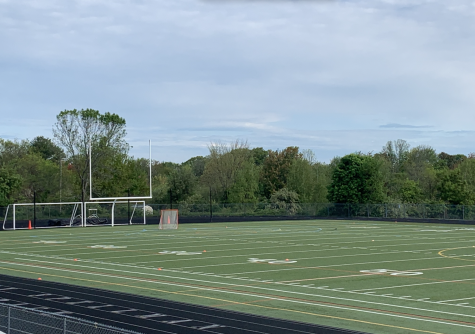