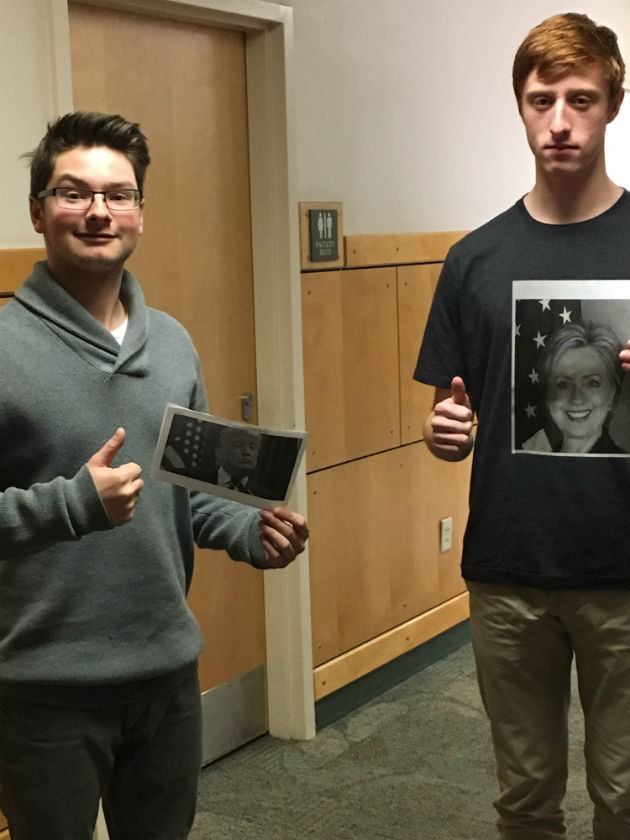 The hot topic of discussion lately has been the Trump vs Hillary debates/ election. Both the candidates have different beliefs for what this country should become over the next 4 years. Donald Trump believes that he can “Make America Great Again”, by building a wall to keep out illegal immigrants from the United States and create jobs and wealth creation through a five step plan. Hillary Clinton is fighting for equal pay between men and women in the workforce and to not raise taxes on the middle class.

As always, the topic of education is at the forefront of the issues of the presidency.  College tuition is always a controversial topic because the numbers are so high. Education is vital to a human beings success later on in life.  Trump believes that every student deserves a great education and opportunity to chase their dreams. He believes that students k-12 living in poverty can receive up to 12,000 dollars in school choice funds. Trump acknowledges that students are “up to their necks in college loans”, but he knows that there is no such thing as free college and he plans to work with congress on reforms to make sure universities are making good efforts to reduce tuition. Hillary’s take on education is that the process of schooling should start at an earlier age.  If elected, she will make preschool available for every four year old living in the United States.  Hillary believes “Getting off to a good start should be our children’s birthright, part of the basic bargain that we have with each other as a nation.”  A different spectrum of education but she promises that by 2021 no family earning less than $125,000 will have to pay college tuition.  She believes money should not form a barrier between a child’s education. She will also try to implement tuition free community colleges.  Overall, Clinton and Trump both want to work on making  attending college more affordable.  Hillary’s efforts are more directed towards a younger education level and getting kids involved in school at an earlier age.

Another big issue over the past couple of years has been the Veteran Affair Reforms. Trump ensures that every veteran will receive the timely access to the top quality care through the VA or through a private medicare provider if the VA cannot provide timely access. Trump says that he will get this done through his 10 point plan. Hillary believes that we need to stand behind our veterans because it will be for the greater good of the country.  One of her main goals is   “…making sure that people who sacrifice for us are given all the care and the benefits and support that they need. And I believe strongly that taking care of our veterans is part of our solemn duty as Americans.”  If elected, Hillary will reform veterans’ health care.  She wants to bring better care to the veterans supporting our country and to get them the right assistance they need.  She plans to do this by creating a world class Department of Veteran Affairs and give more timely and effective treatment to veterans.  They both agree that our veteran care needs to be fixed in order to give back to those who have made the ultimate sacrifice.

Both candidates have strong beliefs on what the economy needs in order for our great nation to survive.  Trump says that he will create a dynamic booming economy that will create over 25 million new jobs in America by reforming the tax codes and trade policies. Also, stop China from stealing jobs from U.S. citizens, renegotiate with the NAFTA, and to cut unneeded spending. He believes that we need to stop doing stupid trades with other countries such as China. He believes that if all of this was to happen America would be the best place in the world to do business. Hillary believes that all classes need to have the same rules on taxes.  The wealthier will obviously pay higher taxes than lower income households and they will provide relief to some households.  If elected, she wants to increase wages and create affordable housing for lower income families.  “That’s what it means to have an economy that works for everyone, not just those at the top.”  She believes these changes will make for a stronger economy in the United States.  Her goal with the U.S economy is to create a more fair tax system on lower income households to create more flow in our economy. 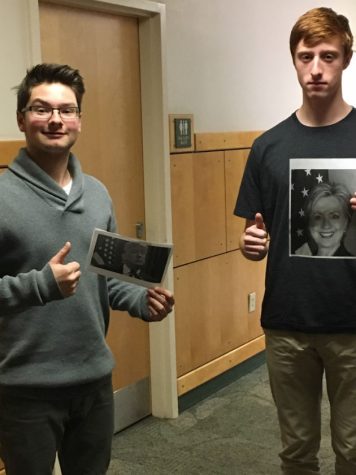